last month, i featured xander now this month its nognogs turn! i love kids and i love taking pictures of them. they're cute and innocent and not a care in the world. nognog is four years old. just like any other kid at his age, nognog is no different except that at an early age he is already trying to make a living. he said that every afternoon, he and his older brother who is like nine years old or something together with their mom goes here along the streets of baguio to make a living. all three of them has its own places and selling stuff on the streets. now this time, nognog got the best spot to sell his product. he is sitting comfortably on top of a scale with the replica of the geographical map of baguio, how cool is that? and he really is getting the attention of everyone especially those plastic or rubber thingy that he is selling. when i was talking to nognog he keep on pointing on someone and then i figured it out. it was the policeman. he said that the policeman keeps on confiscating their stuff and they have to run away everytime they come near them...poor boy...nognog is one of the many street vendors in baguio trying to make a living! 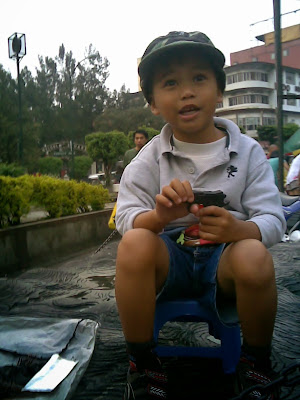 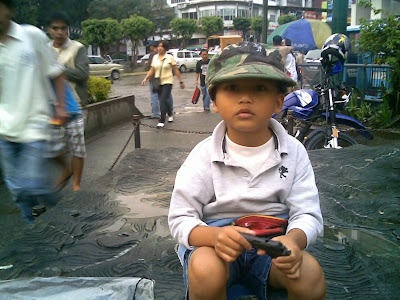 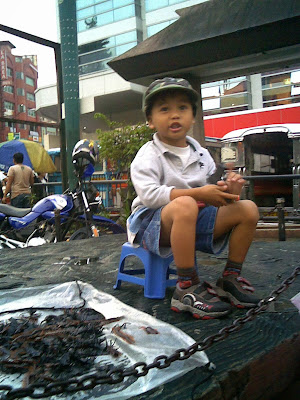 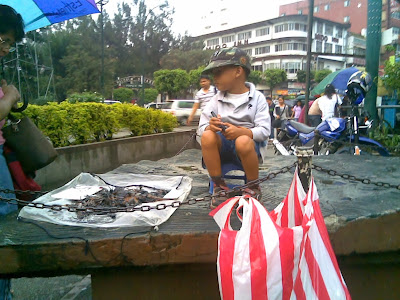 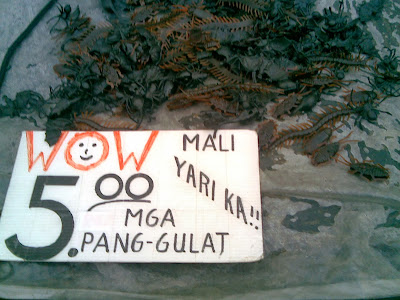 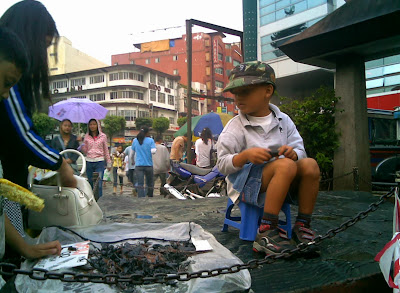 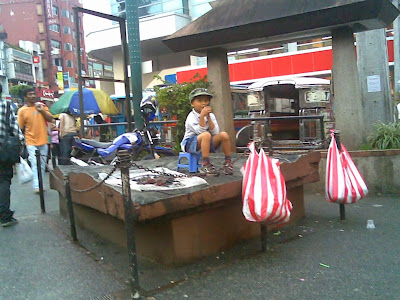